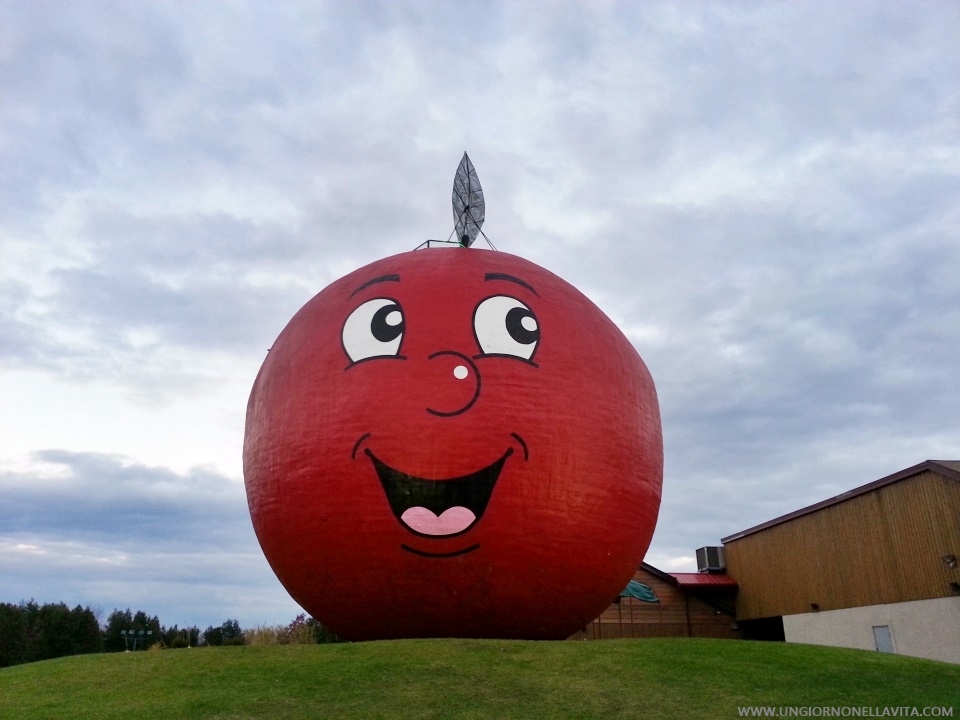 Happy Tuesday everyone! Hope you’re all having an awesome day! As for me,  I’m feeling much better today! No more body aches and my throat is a lot less scratchy. Thanks to Aleve and the good old fashioned salt water gargle! 😉 I think the only good thing that came out from getting sick is that I got my writing mood back! Hahahaha!

Anyway, I was reading an article last Sunday from Budget and Travel Magazine about crazy roadside attractions and that reminded me of our road trip in Canada. While en route to Montreal we saw this giant apple sculpture along the freeway and we couldn’t pass up the opportunity to see it up close. We decided to get gas first as soon as we exited the freeway then we followed the signs leading to what we now know as the Big Apple Store. As we were parking our car, we noticed a couple of tourist buses with fellow Asian peeps on board. We weren’t sure if they just arrived or they were getting ready to leave but the bus was full. It’s funny because we saw Asians everywhere we went the entire month that we were traveling even in the most random, unexpected places. Asians really do love to explore the world! 😉

Before entering the store, we took some time to take photos outside. Halloween and fall decorations were on display since we were in the area around the first week of November. There’s a petting zoo and a mini golf adjacent to the parking lot but we didn’t see anyone playing. Perhaps because it was cold and windy or the mini golf closed early that day.

The Big Apple Store is located at Colborne in Central Ontario, Canada, a part of Northhumberland County. As we entered the store we saw people with boxes of baked goods and it smelled deliciously good inside the store. It makes you want to try every baked goods they have! We went for the apple pie because that’s what everyone was getting! 😉 I’m not a big fan of apple pie because the ones I’ve tried in the past were always too sweet for my liking but the Big Apple Store’s apple pie was sooo good, freshly baked and a slice of it was pretty big too, so it’s a win-win! 😉

We spent a good hour browsing the store and I honestly didn’t want to leave yet because I was having fun checking out the variety of trinkets, snacks and souvenirs they have but we had to get to Montreal before it got really dark. Plus we were worried about the deer and moose that crosses the road at night. Boy did we have some unforgettable encounters with these beautiful animals during our cross-country road trip! I’ll save that story for next time, promise. 😉

Hope you like our souvenir pics from our unexpected pit stop. Thanks for reading! 🙂 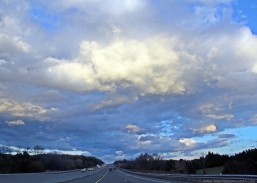 It was a mix of sun, clouds and some showers that day.

There’s something about the birds, trees and the clouds that I love in this pic. 🙂 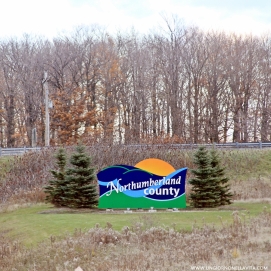 Northumberland County is situated on the north shore of Lake Ontario, in central Ontario, Canada. It is located east of the Regional Municipality of Durham (formerly Durham County), west of Hastings County, southeast of Kawartha Lakes and south of Peterborough County. The county seat is Cobourg. Together with Durham County, it formed the Newcastle District from 1802 to 1849 and the United Counties of Northumberland and Durham from 1850 to 1973. Effective January 1, 1974, part of Durham County was merged with Ontario County to create the Regional Municipality of Durham. At that time, Northumberland reverted to a standalone county. It was first aggressively settled by United Empire Loyalists fleeing the former 13 British American Colonies in the late 18th century. The Crown provided plots to the settlers for nominal sums (with the stipulation of making the land productive in a set number of years) or free to those who had served against the American Colonial Army. Following the War of 1812, many port towns, Port Hope and Cobourg in particular, became important centres for commercial activity and a landing point for European immigrants arriving on steamers. (Wikipedia) 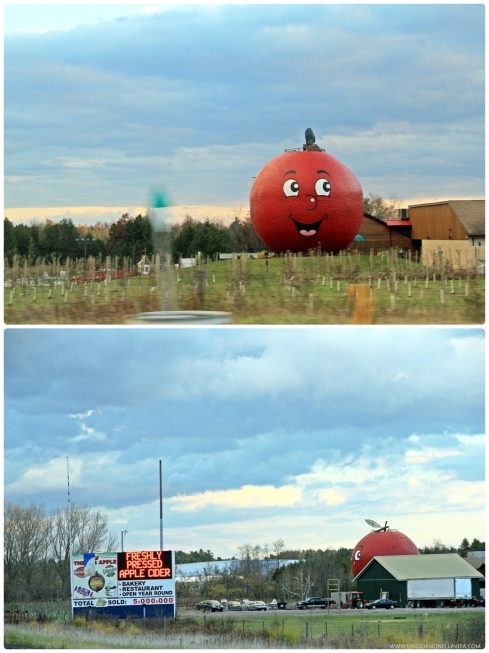 An unexpected pit stop! 😉 We couldn’t resist stopping by because the giant apple was smiling at us. ^_^ 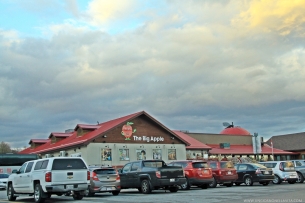 Cute photo booth but the quality wasn’t that great. 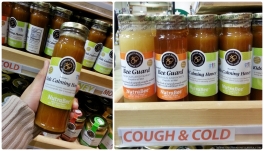 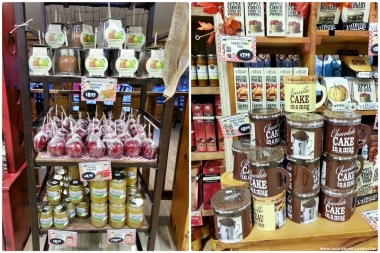 I regret not trying the apple dumplings! 😦

Gotta have a photo op with the happiest and largest apple in the world! ^_^

Of course, the husby wants a souvenir pic as well! ^_^ 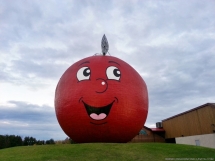 This was my favorite find at the store. It works wonders when you have a sore throat. I wish I bought more!

The super yummy apple pie! 😉 We had it to go because we needed to get back on the road so we can get to Montreal by 8PM.