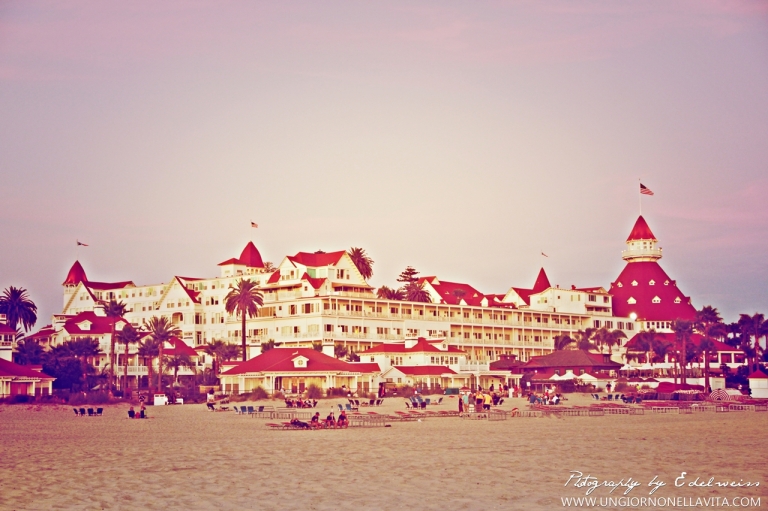 Hotel del Coronado (also known as The Del and Hotel Del) is a beachfront luxury hotel in the city of Coronado, just across the San Diego Bay from San Diego, California. It is one of the few surviving examples of an American architectural genre: the wooden Victorian beach resort. It is the second largest wooden structure in the United States (after the Tillamook Air Museum in Tillamook, Oregon) and was designated a National Historic Landmark in 1977 and a California Historical Landmark in 1970. When it opened in 1888, it was the largest resort hotel in the world. It has hosted presidents, royalty, and celebrities through the years. The hotel has been featured in numerous movies and books. The hotel received a Four Diamond rating from the American Automobile Association and was once listed by USA Today as one of the top ten resorts in the world, though it has since been removed from that list. (Wikipedia)