A month after we got back from Hawaii  in 2008, my fiance and I wanted to explore Central and Northern California. We’ve seen photos of the breathtaking views from Highway 1. We watched an episode about the jellies at Monterey Bay Aquarium on Travel Channel and wanted to see it for ourselves. We also heard about Hearst Castle and its beautiful roman pools as well as its history. A friend of mine also mentioned how good ableskivers are from Solvang and we’re talking food so it’s a must! We were super excited to plan our trip but weren’t sure how we’re going to manage to see all the places within  three days and within our budget. We revised our itinerary several times and we were going to drive from San Diego then stop at each city until Monterey then head back but we realized how tiring that is and more costly than we thought so we decided to scrap our itinerary until we had a better plan. See, we wanted to have fun with minimal spending as much as possible since we just got back from our Hawaiian trip with friends. So we said, if it’s meant to happen it’ll happen and it looks like the universe was on our side at the time because an affordable airline ticket just became available! It was really cheap and thank you Virgin America for the best deal ever! Imagine a round-trip ticket to San Francisco for $78  and it was on a weekend! We couldn’t believe it so we bought our tickets right away, created a new itinerary and added San Francisco to the list. No more driving from San Diego to Monterey and back, instead we flew to San Francisco on a Saturday then rented a car there and drove to each city we planned on visiting. Another bonus from that flight aside from being affordable is that the plane was only two days old! No wonder it looks super clean! But honestly I think the plane is quite pretty with its blue lights and all. Plus they were up-to-date with technology which isn’t common on airplanes at that time. I wish I can find those photos so I can share it with you all! I promise, once I find those missing photos, I will definitely share it here so you can see what a two-day old plane looks like inside. It may not be that exciting for some but I thought it was pretty cool! 😀

Anyway, our first stop was at Monterey to check out the aquarium. Then we headed to Pebble Beach, enjoyed the scenic Highway 1 en route to Pismo Beach where we stayed overnight before heading to Solvang and Hearst Castle the next day. After Hearst Castle we drove back to San Francisco for our flight back to San Diego the next day. We were able to see some of what San Francisco has to offer before our flight but wish that we had more time. Overall, it was a fun experience! It was a very tiring 72-hour road trip adventure but we had a blast and would do it again in a heartbeat! I would definitely recommend it to anyone who wishes to visit California. 🙂

Here’s part one! Enjoy the photos! 😀 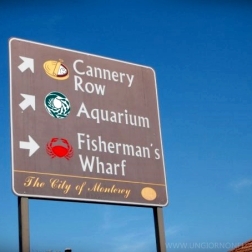 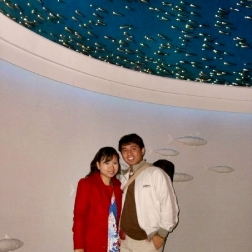 Above us is the schooling fish in the Outer Bay exhibit. 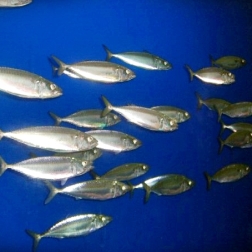 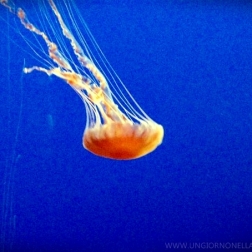 Chrysaora quinquecirrha (commonly named the Atlantic sea nettle or East Coast sea nettle) is a widely distributed species of jellyfish that inhabits tropical and subtropical parts of the Atlantic and Indo-Pacific. It is frequently seen along the East Coast of the United States, such as the Chesapeake Bay. It is smaller than the Pacific sea nettle, and has more variable coloration, but is typically pale, pinkish or yellowish, often with radiating more deeply colored stripes on the exumbrella, especially near the margin. (Wikipedia) 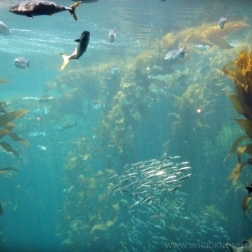 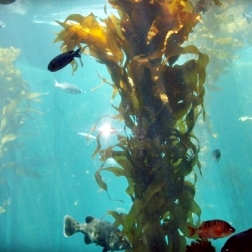 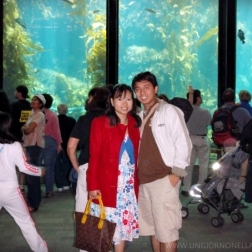 Behind us is the 28-foot-tall (8.5 m) kelp forest exhibit from the lower level. 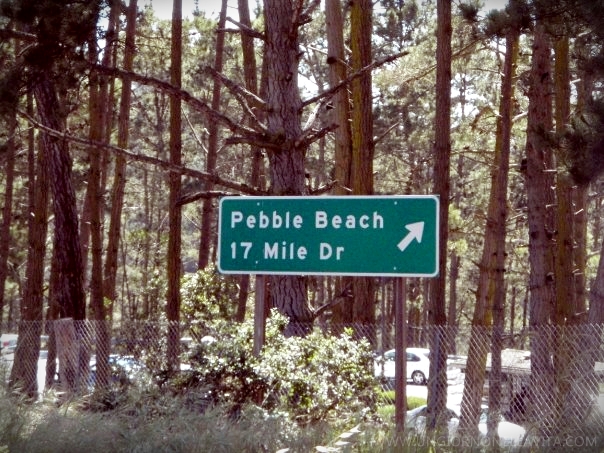 Every time I hear “Pebble Beach” all I can think of is Tiger Woods! Hahahaha! I think it’s because I used to watch golf every time he competes. 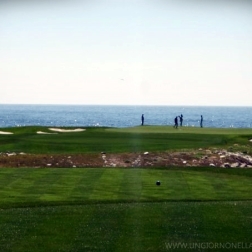 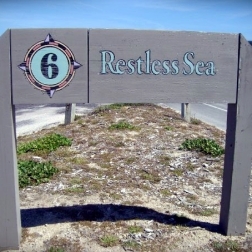 Point Joe is the rocky southwestern end of Spanish Bay, so named because the explorer Gaspar de Portala landed at the Bay in 1769. Point Joe has been the site of several shipwrecks, and a sign about them is slightly farther up the bay. “Who was Joe? Joe was a Chinese man who live alone in a driftwood home near this point in the early 1900s. He made a living selling trinkets to tourists and tending goats. No one knows for sure if the point was named after Joe or if he was named after the point.” (waymarking.com) 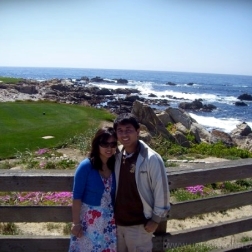 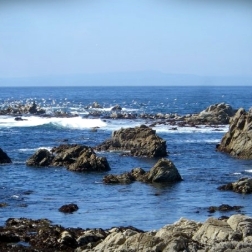 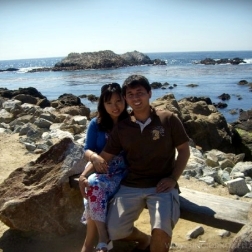 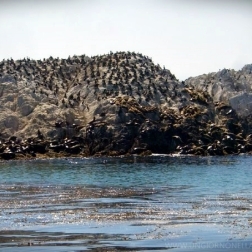 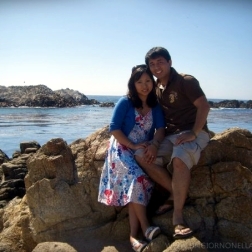 The Lone Cypress, a symbol of the community, as seen from 17-Mile Drive. 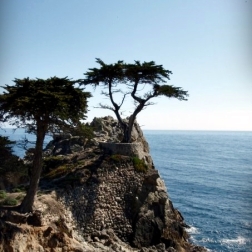 Standing on a granite hillside off California’s scenic 17-mile drive in Pebble Beach, the Lone Cypress is a western icon, and has been called one of the most photographed trees in North America. The tree is located between Cypress Point Golf Course and the Pebble Beach Golf Links, two of world’s most well known golf courses. Possibly as old as 250 years, the cypress has been scarred by fire and held in place with cables for 65 years. The Monterey Cypress grows naturally only in Pebble Beach and Point Lobos. (Wikipedia)

Error: Twitter did not respond. Please wait a few minutes and refresh this page.